Back to Recent Work

DePaul University School of Music performs a spring concert and gala each year to entertain and celebrate their most loyal supporters. The gala also works as a fundraising campaign to help support the music program by selling sponsorship and VIP packages for the event.

Designed to Embrace the Music

Designed to Embrace the Music The look of the materials was inspired by the music performed at the concert. 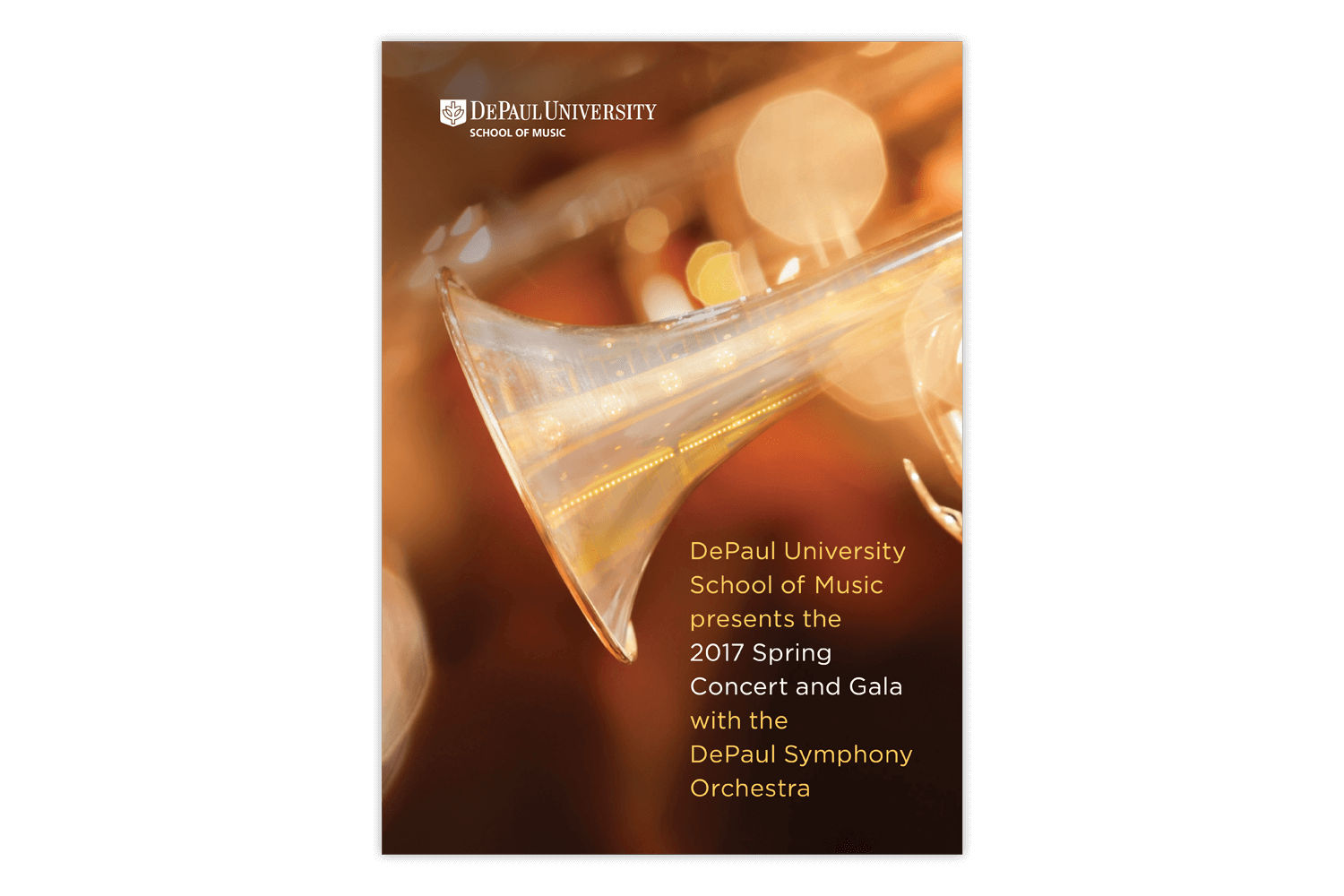 During our second year designing the materials for the concert and gala, we were tasked with creating a system that was warm, elegant, and inviting while visually embracing the music being performed at the event. After listening to Tchaikovskyâs Symphony No. 5 more than a few times, we were inspired by the warmth of the music and the hopeful progression throughout the piece.Â

Our solution was to use a series of photographs that highlighted key instruments in the music. To keep the series consistent, we selected images that used the same warm red and orange color palette as well as a similar depth of field. A subtle detail in the design was to reflect the interior the concert's location âÂ Chicago Symphony Hall â in the shiny instrument. The bokeh pattern created by the reflection of light off of the camera lens in the photos was used throughout all of the materials to tie everything together.Â 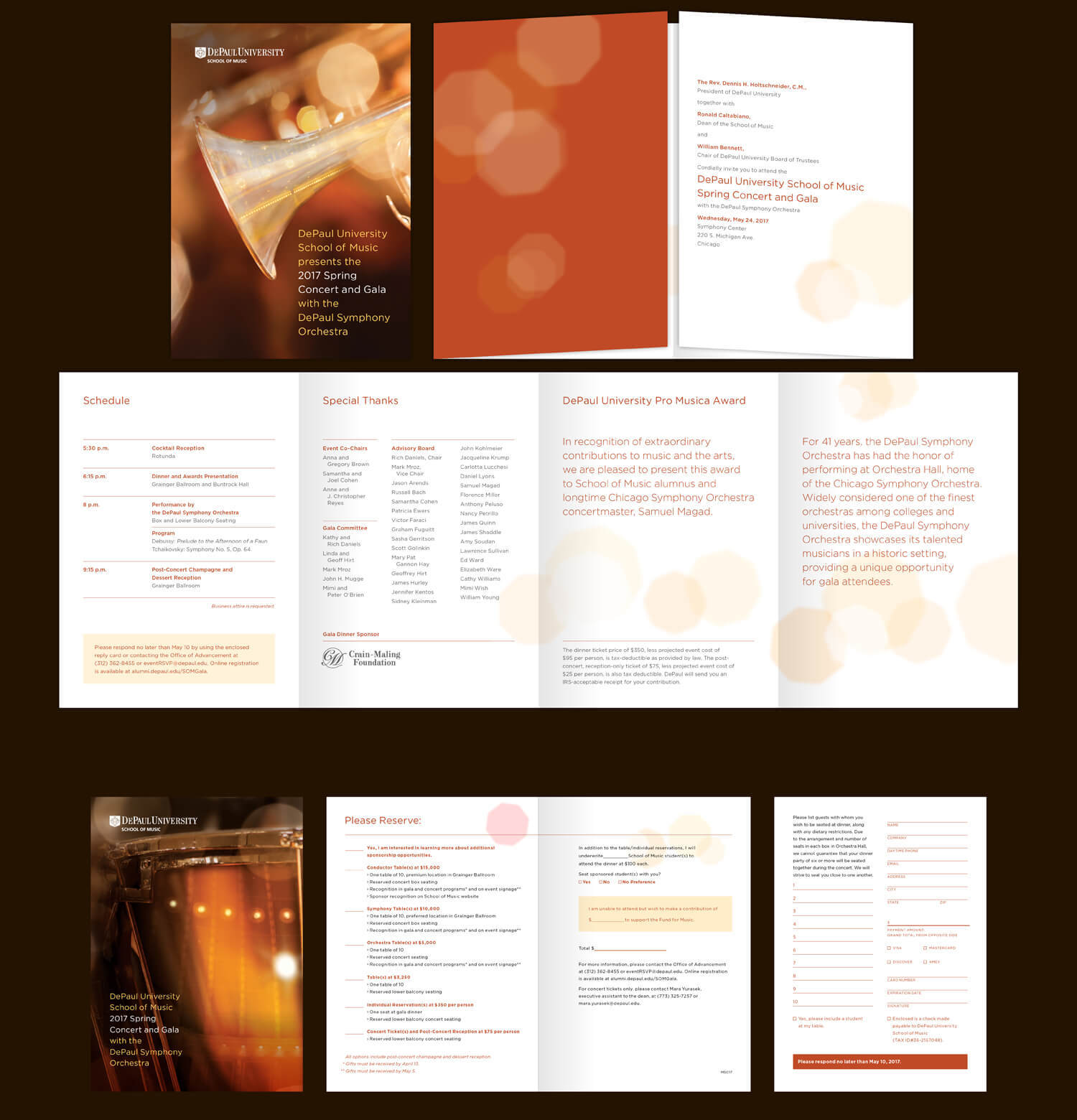 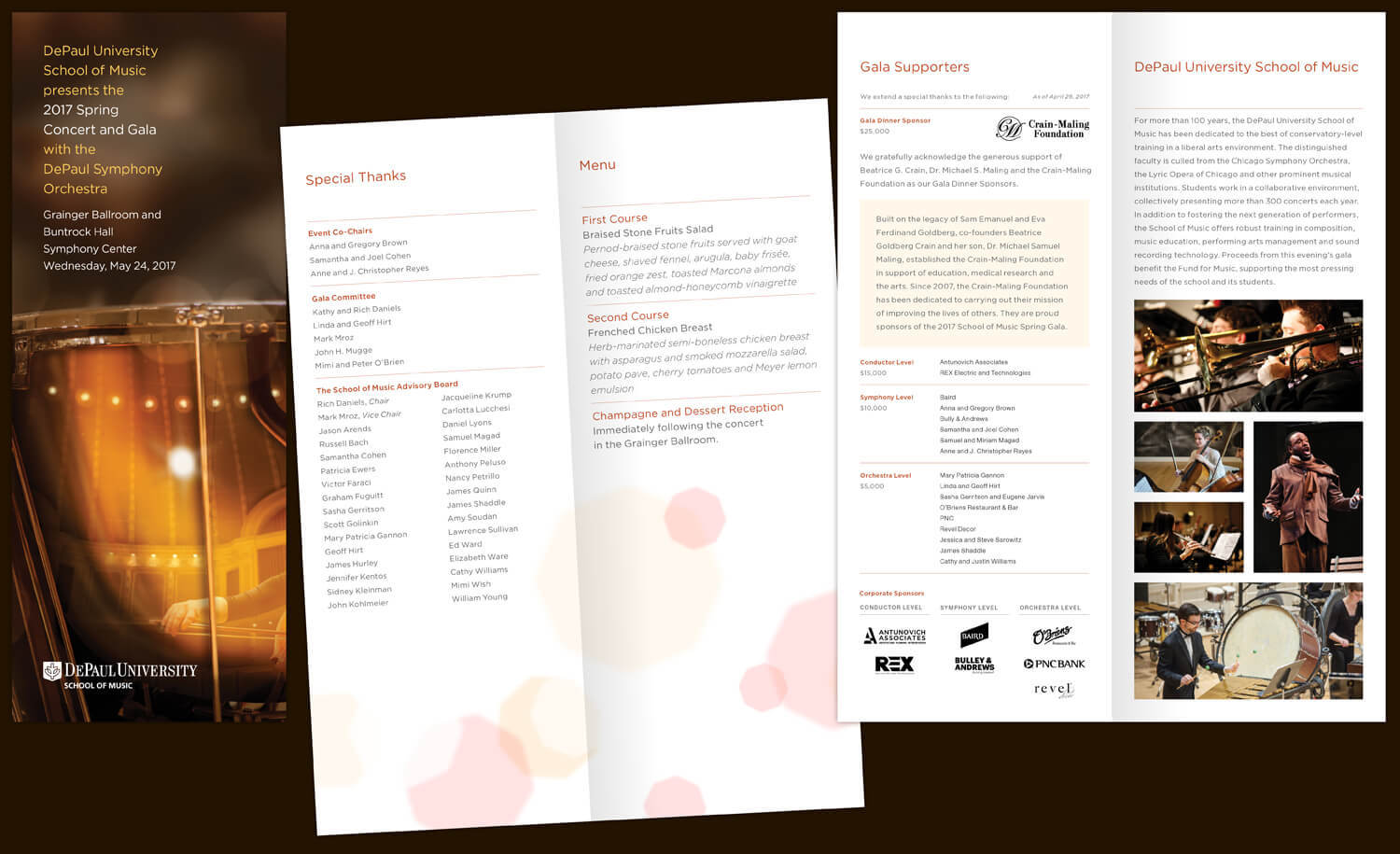 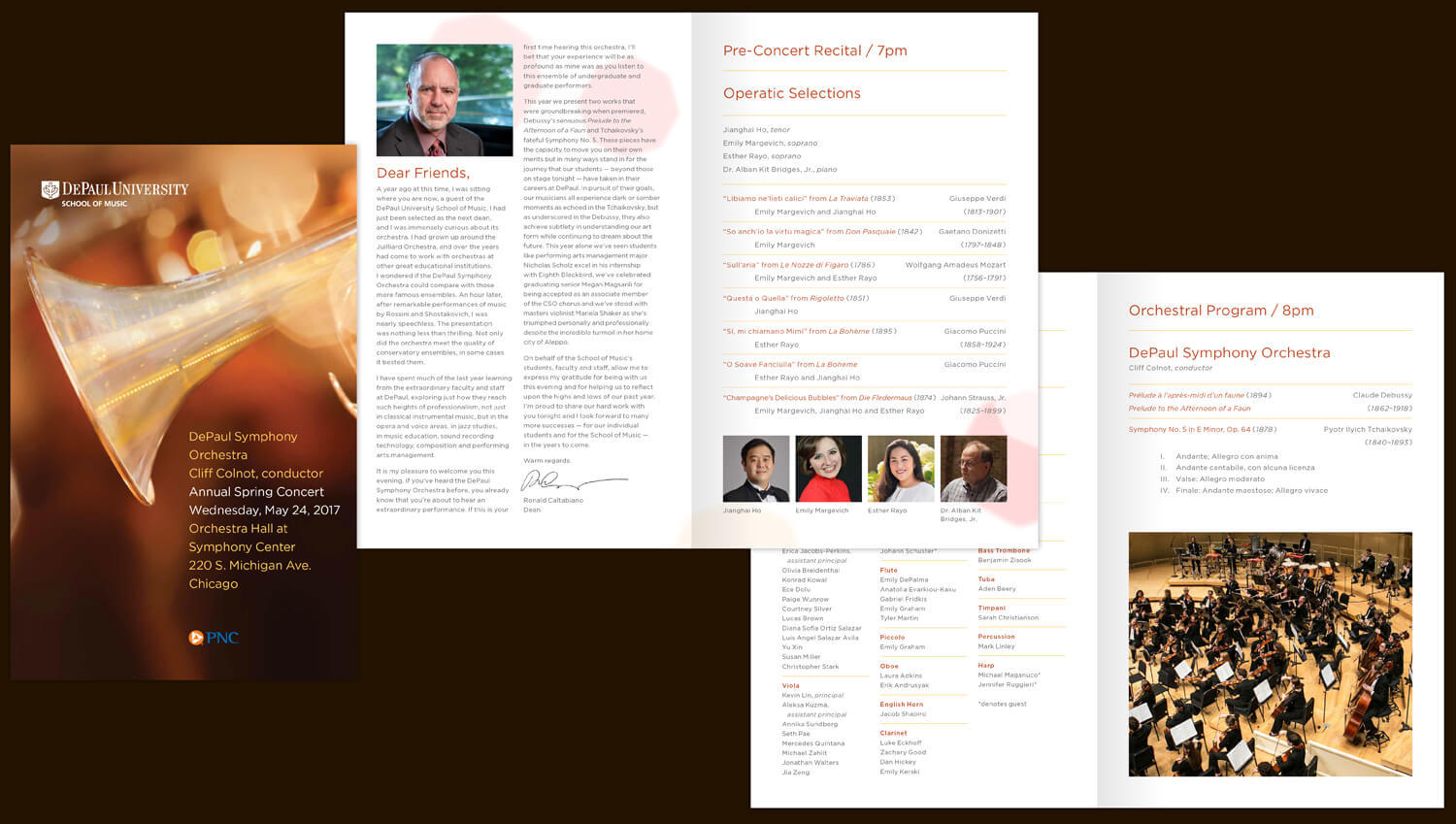